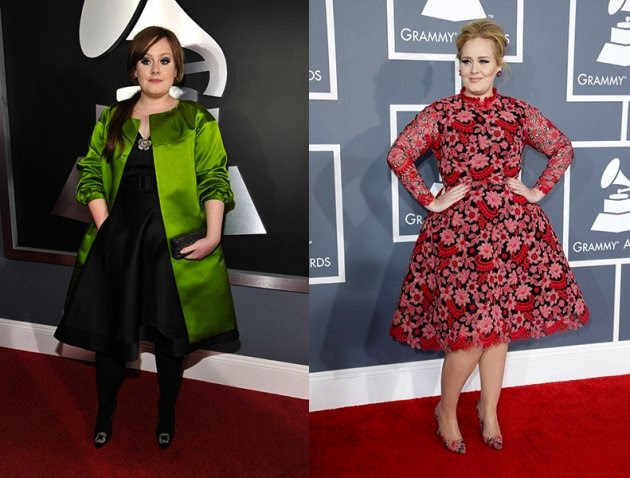 Tonight's win was the Brit powerhouse's ninth Grammy win--her first two came in 2009 when she won Best New Artist (good call, 2009) and Best Female Pop Vocal Performance. Then, she wore a black, tea-length dress with an apple-green satin overcoat and brought Vogue's Hamish Bowles as her date. Now, she's still rocking the knee length, but this time in a rosy Valentino dress. 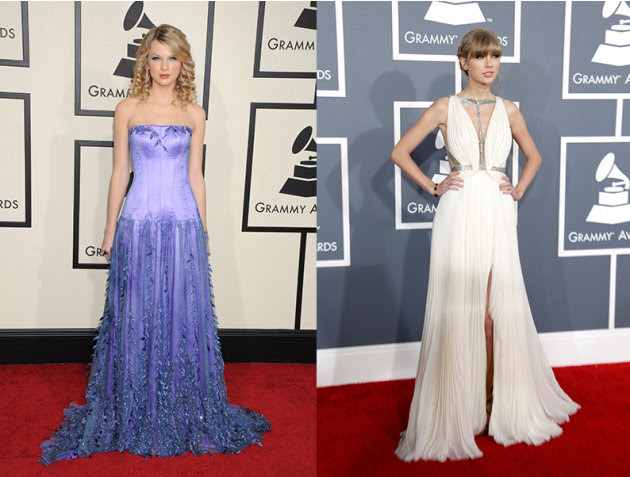 When T.Swift made her first Grammys appearance in 2008, she was firmly stuck in princess mode--as evidenced by this lavender confection. Today, she's still a princess, but now it's more Grecian-inspired in J.Mendel. 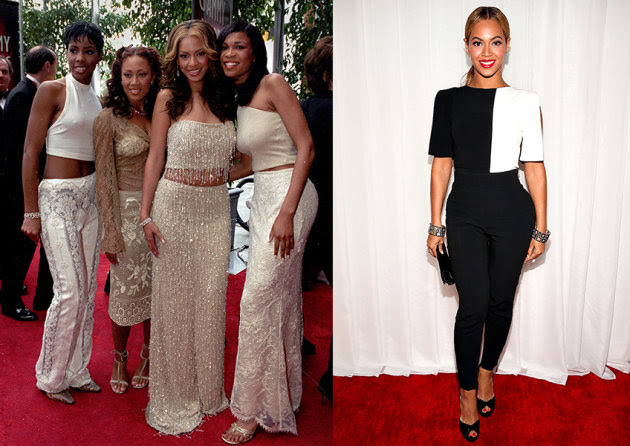 For her first turn down the Grammys red carpet in 2000, Bey was accompanied by then-bandmates Kelly Rowland, Farrah Franklin, and Michelle Williams in matching early aughts atrocities (a Tina Knowles creations, we presume). Now, she's going solo in a sleek, colorblocked pantsuit, and it's a much better fit. 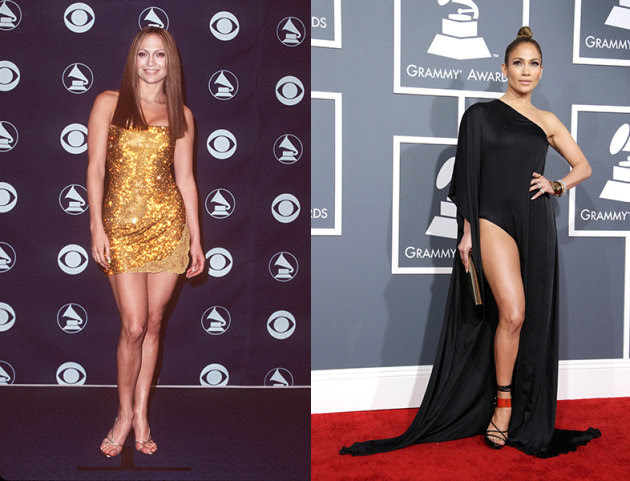 Strangely enough, Lopez's first appearance at the Grammys wasn't the history-making moment in Versace at the 2000 show, but one year before--in a gold sequin mini that showed off her great legs. Not much has changed in the way of body-baring moments. Her Anthony Vaccarrello gown from this year proved that while 14 years have passed, J.Lo's legs are just as sexy today! 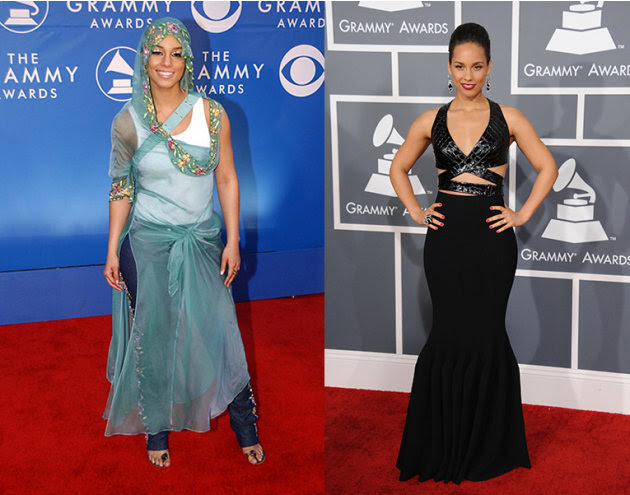 This girl was anything BUT on fire when she made her Grammy debut in 2002. From her incomprensible shawl/dress combo to her crazy lashes and mind-boggling shoes, Keys had nowhere to go but up. Case in point: the flawless black gown she's rocking 11 years later. 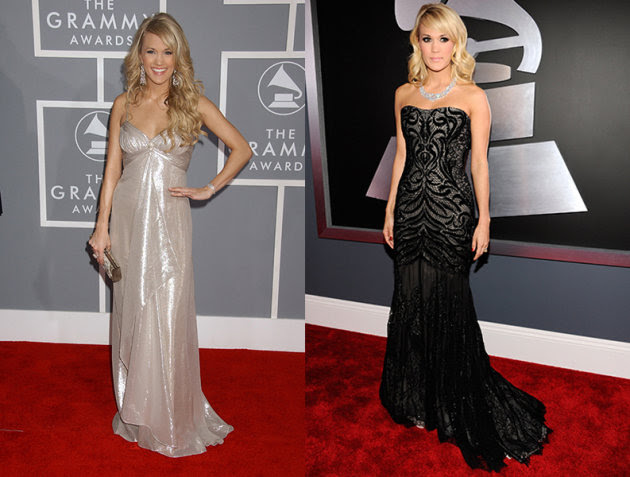 In 2007, Underwood was nominated for Best Female Country Vocal Performance and Best New Artist--and wore a glorified beach cover-up for a gown. Today, a glamourous Roberto Cavalli dress has taken its place. Thank Jesus (or her stylist) for taking the wheel on this one. 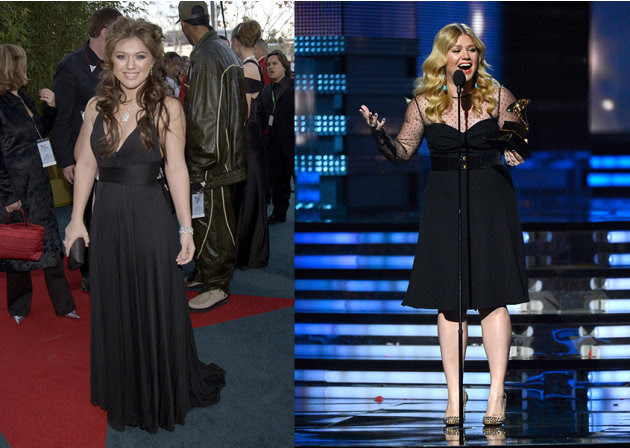 Tonight's winner for Best Pop Vocal Album! Clarkson's first appearance at the Grammys came on the heels of her first nomination in 2004. She herself has admitted her first look is a bit aging (she was only 20!), but we love her no-fuss LBD from tonight's event. 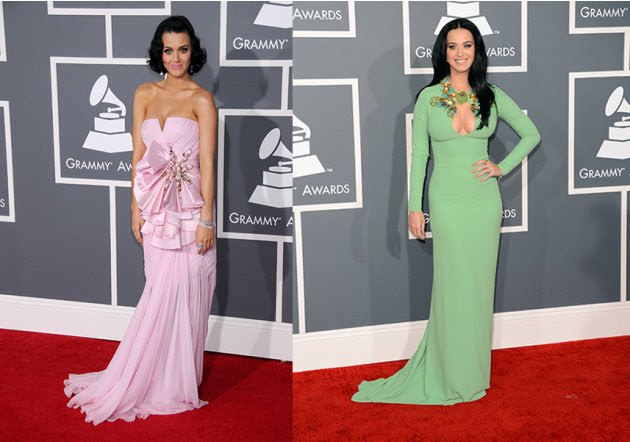 When she first showed up at the Grammys in 2007, Perry wore a shockingly tame(ish) pastel pink Basil Soda gown. She's traded in one pastel for another, this time in a body-hugging mint Gucci gown. We're just glad she's retired the cupcake boobs. 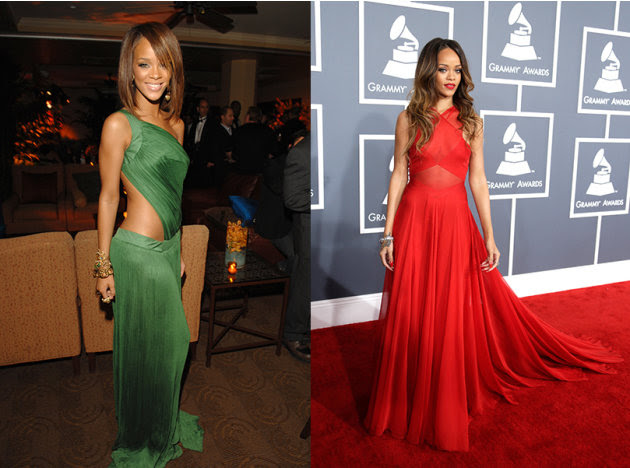